YakAttack RotoGrip SnapNStrap 2-Pack works exclusively with the YakAttack Rotogrip paddle holder. A hook and loop system with a bungee cord helps to keep your paddle in place. (RotoGrip not included). The security tether is simple as far as kayak accessories go, but it is effective! To install the SnapNStrap, detach the rubber Mighty Bolt and rubber washer from the Rotogrip, then, keeping the tabs facing upward, slip the strap over the molded frame. Snap into place. Reattach the washer and bolt. Loop the bungee cord over the paddle's shaft and tab of the SnapNStrap frame. Voila! If you use the Rotogrip paddle holder, then make it even better to keep your paddle safe and secure with a YakAttack RotoGrip SnapNStrap 2-Pack! 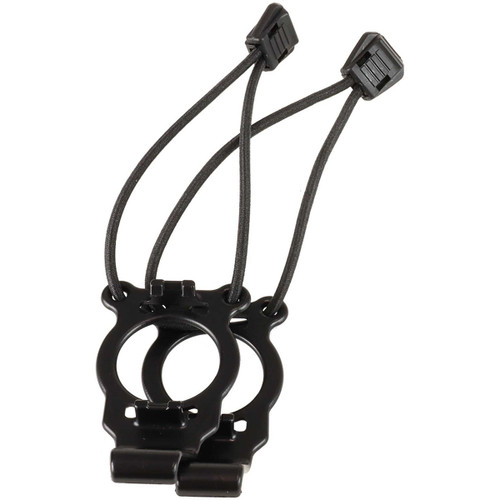